The following myths and realities were adapted in part from stophazing.org.

Myth: Hazing is the only method for holding new members accountable.

Myth: Hazing is okay as long as it is not physically dangerous.

Reality: Mental hazing can be brutal and leave lasting psychological scars. Some hazing victims report that the mental hazing they endured was worse than being physically abused.

Myth: A little hazing should be okay, as long as there's no mean-spirited or injurious intent.

Reality: Regardless of intent, some group bonding activities designed to be "all in good fun" still may raise some serious safety concerns." For example, serious accidents have occurred during scavenger hunts. And when members are drunk, they sometimes subject the new members to more than they originally intended.

Myth: Hazing continues because everyone in the group supports it.

Reality: Many group members may not approve of hazing but go along with the activity because they mistakenly believe everyone else agrees with it. This "reign of error" helps to perpetuate hazing. The strongest supporters of hazing are often the most vocal and dominant members.

Myth: If someone agrees to participate in an activity, it can't be considered hazing.

Reality: In states that have laws against hazing, consent of the victim can't be used as a defense. This is because even if someone agrees to participate in a potentially hazardous action, it may not be true consent because of peer pressure, intentional or unintentional threats, and the withholding of information about what will occur.

Myth: Since alumni and current members were hazed it is only fair that the new members go through it too.

Reality: "Tradition" does not justify subjecting new members to abuse. Traditions are created by groups, and groups hold the power to change or eliminate them. It only takes one year to break a hazing tradition. Remember that the founding members of organizations were not hazed.

Myth: Hazing practices preserve the uniqueness and exclusiveness of the group.

Myth: Other groups on campus will not respect an organization that does not haze.

Reality: A positive, educational program will result in a better all-around organization and the ability to attract the best new members. Being able to recruit the best students will earn the respect of other groups.

Myth: Hazing only exists in fraternities and sororities.

Reality: Hazing incidents have occurred across the country in athletic teams, military units, performing arts groups, religious groups, and other types of clubs and organizations. Hazing occurs in high schools as well as on college campuses. 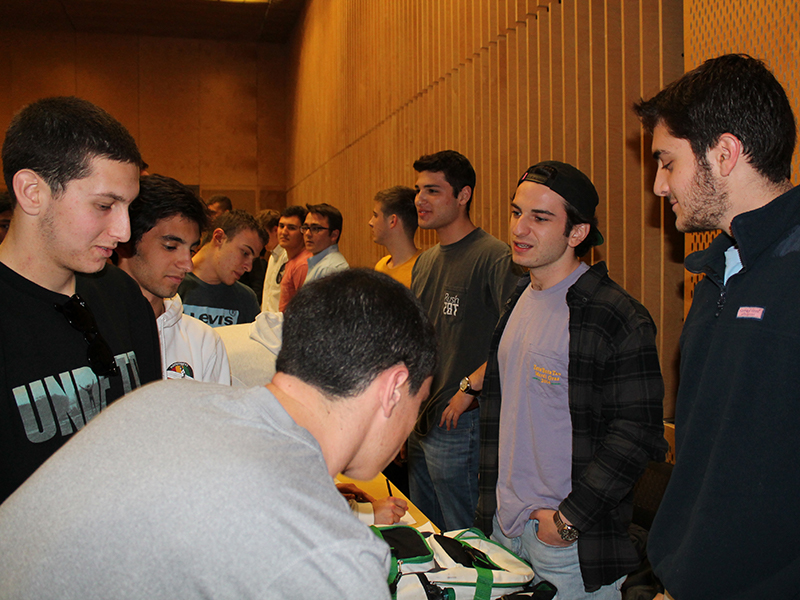 Use this link if you suspect you are infected with COVID-19 or have come in contact with someone who is infected.